Work refers to the effort someone makes that has value to the person or society or a sustained physical or mental effort to overcome obstacles and achieve and objective or result. Play can be described as any activity someone finds enjoyable and interesting and is valuable in itself for that reason.

In Montessori, work and play are valued differently. Work is often perceived in three ways: 1) as the result of someone setting an intention to carry out a specific goal; 2) as needing concentration; 3) as something that must be done whether or not the work is enjoyable or interesting. 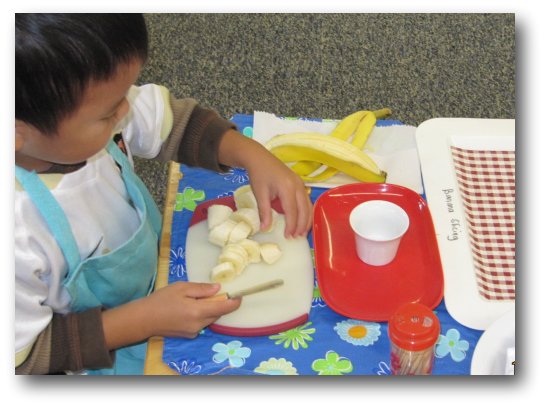 The words “work” and “play” have special significance in the Montessori method. Montessori referred to children’s activity as work, rather than play, because she believed that play is the important work of early childhood. What Montessori did with this one idea was place value on children’s activities in the classroom by describing and treating them as work. In effect, Montessori combines the above definitions of work and play. A child’s work becomes not only an effort a child makes or a process the child follows to do something or make something that has value to the child or to the child’s environment, but also an activity the child finds enjoyable and interesting and valuable in itself for that reason.

When a child comes home from school, ask him/her what kinds of work did he/she do and if it was a challenging or easy work. You’ll find that if you place value on their work at school, it encourages them to do more.